Bwana went back to Club Temba’s backdoor and check on Lina. Lina is able to unlock and backdoor and the elevator. The goal is to help Bwana get passed the security camera in Club Temba and steal back the book from the safe. 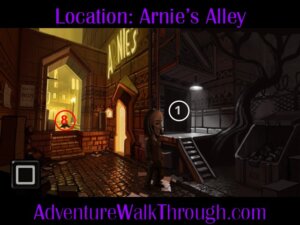 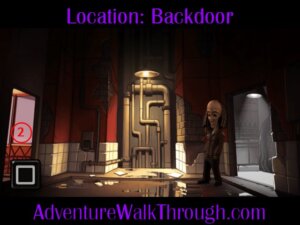 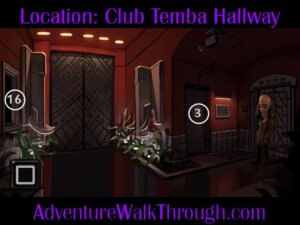 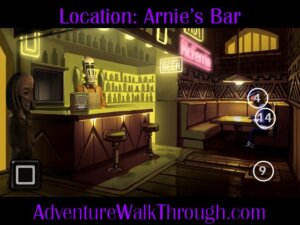 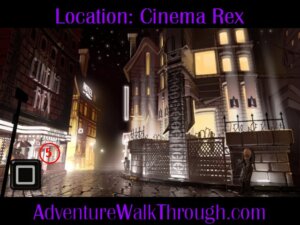 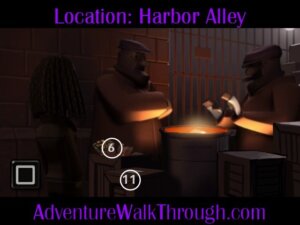 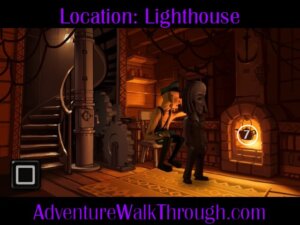 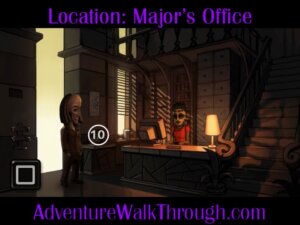 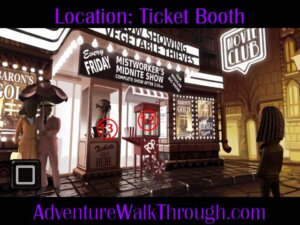 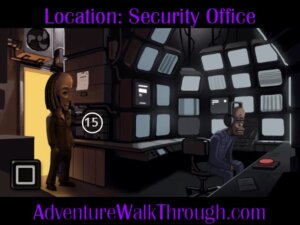 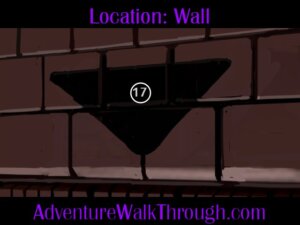 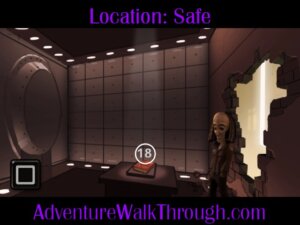 1. Backdoor: Enter backdoor.
2. Elevator: Take the elevator.
3. Security Office: Enter VIP lounge. Bwana needs to take care of the hallway camera before progress. Check the security office. The room is locked by a combination lock. Notice a few numbers are smudged: 1, 5, 8. By trail and error, figure out the correct password and enter the room: 851. A security guard has his eyes fixed on the camera. Bwana needs to find a way to distract the guard. 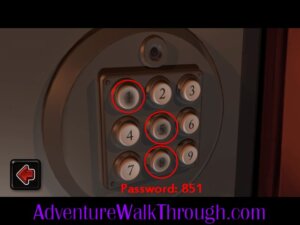 4. Sailor: Go back down the elevator and enter Arnie’s Bar. Spot a sad sailor sitting at the booth. Talk to the sailor. Listen to sailor’s crush on Andiswa. The sailor has a videotape on him. Decide to help out the poor fellow by getting him and Andi tickets for the movie in exchange of the videotape.
5. Ticket Booth: Go over to Cinema Rex. Talk to the man at the ticket booth. Bwana has no money for the movie tickets. Realize the popcorn machine has no popcorn. Bwana will help with the popcorn in exchange for movie tickets.
6. Harbor Alley: Go over to the harbor alley. Talk to Vince and Moe. They have a shipment of corn. They will give the corn to Bwana in exchange of booze and cigar. Snatch a bag of nacho from them on the way out.
7. Teapot: Remember that Morten has a teapot full of nasty tea. Go over to Morten’s lighthouse and fill the empty bottle that he obtains earlier. The bottle is only half-full. Bwana will go over to Arnie and ask for some more.
8. Plunger: Head back to Arnie’s Bar. Feed nacho to the pigeon on the archway. Fat pigeon knocks over a stick. Pick up the plunger from the floor.
9. Booze: Ask for some booze from Arnie. Bwana was rejected, because he has no money. Notice a drain on the floor. Learn that Arnie dumps unwanted eel rinse down the drain. Use the plunger to suck up some booze and fill up the bottle. Be sure to pick up the plunger.
10. Cigar: Recall that major’s office has a box of cigars on the table. Ask for Andi’s permission and grab a few.
11. Corn: Get back to Vince and Moe. Give the cigars and booze to them. Pick up some corns from the box next to the nachos.
12. Popcorn Machine: Fill the popcorn machine with corns and make popcorn.
13. Ticket Booth man is grateful and gives two movie tickets to Bwana.
14. Videotape: Go back to Arnie’s bar and give the movie tickets to the sailor. Get the videotape.
15. Camera: Go back to the security office. Place the videotape inside the video players by the door. Guard is distracted. Exit the room.
16. Hallway: Use the plunger to open the hallway window. Climb out the room.
17. Safe: Bwana will climb along the ledge until he reaches a black triangle marking on the wall. Tap on the wall several times until the black triangle and bricks are cleared. Enter the room. 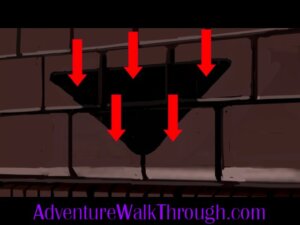 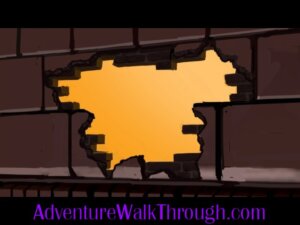 18. Book: Grab the Journal to Journey down. The alarm will go off. Bwana runs for his life. Leaving Port Artue with Lina and Kito on their airplane heading to Underland.